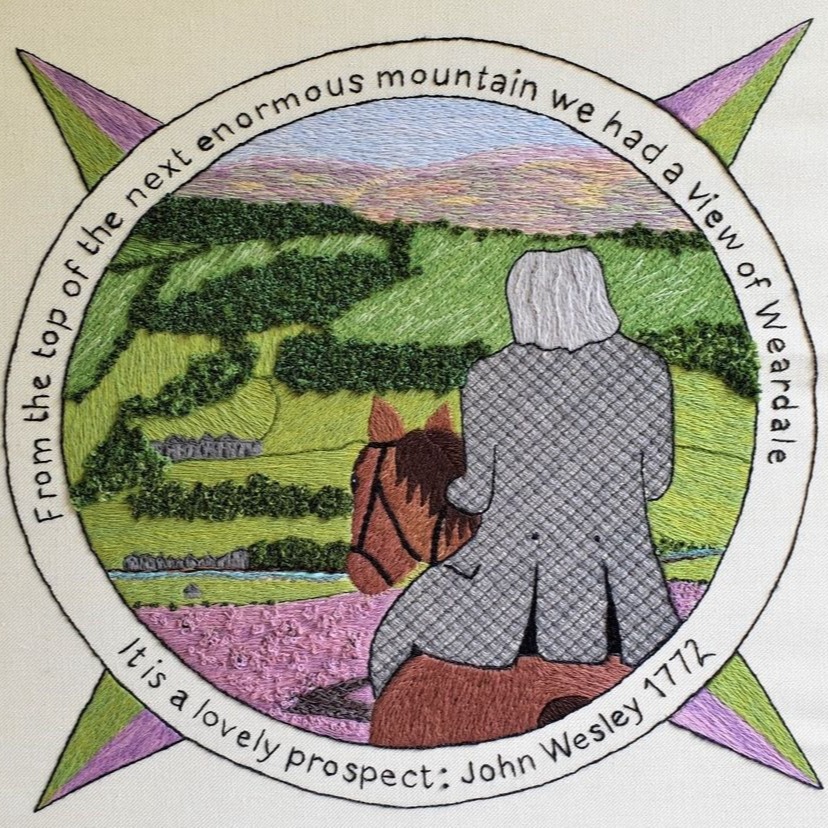 The Weardale Museum, a small heritage attraction in County Durham, England, has been based in what had been the manse of the adjoining High House Chapel since its inception in 1985. When the congregation of High House found that the chapel was in need of more repairs than they could afford, they took the decision to sell the chapel to the Museum, who would renovate it and incorporate it into the proposed Weardale Museum & Heritage Centre. However, something outstanding would be needed to draw new people to visit from outside the region: something unique that would create long-term interest. 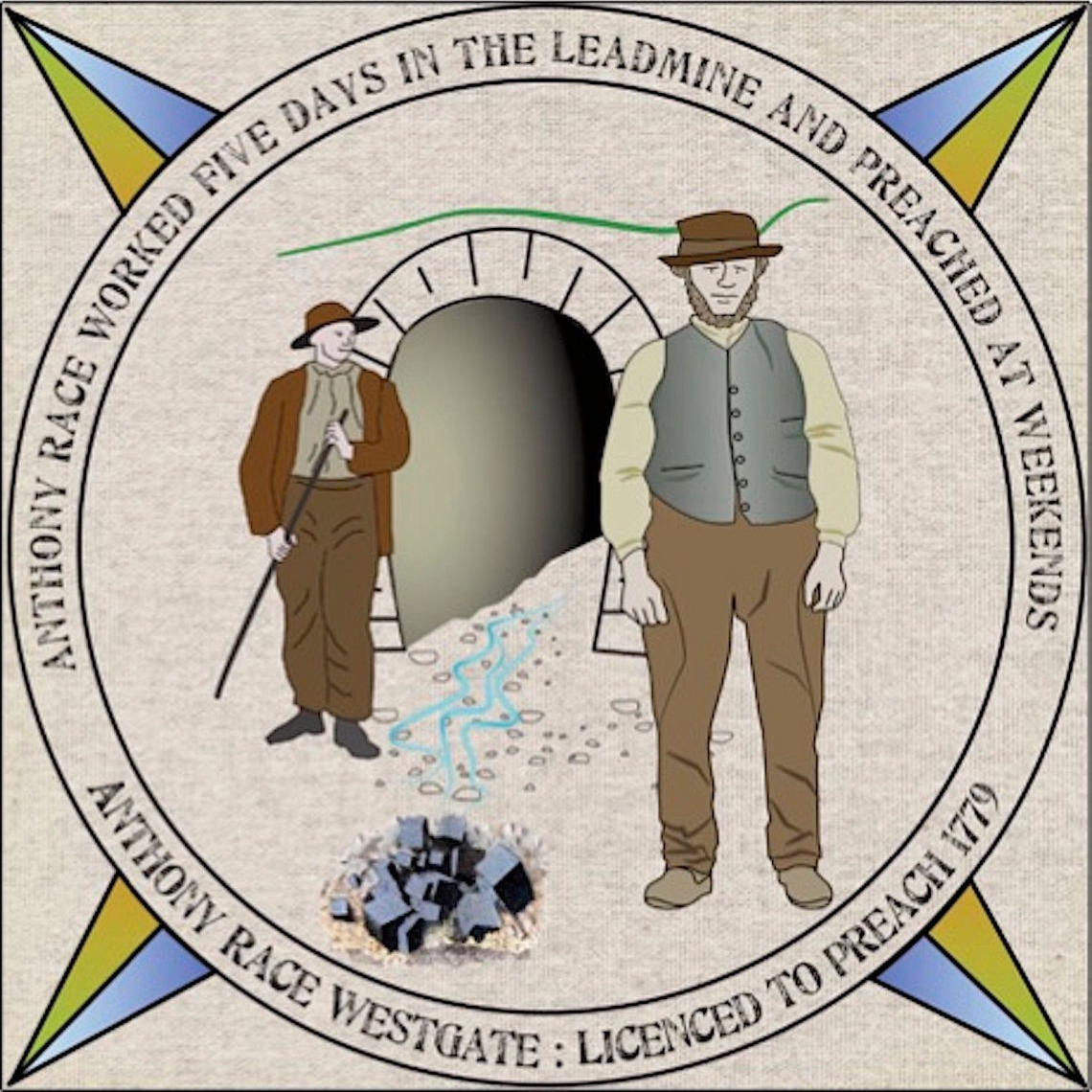 David Heatherington, one of the founders of the Museum and its Emeritus Curator, had seen the Scottish Diaspora Tapestry in Carlisle, an artwork similar to the Quaker Tapestry. He began to imagine something similar that would portray the history and heritage of Methodism: a Methodist Tapestry – or Tapestries Collection – featuring local, regional, national and international stories. This would have the potential to become a substantial piece of artwork that would be relevant to craftspeople and visitors from across the globe. David began to draw, and came up with fifteen designs to show to the Museum Trustees. It was agreed that this would form an ideal ‘flagship project’ for the enlarged Weardale Museum & Heritage Centre, and so plans were formed to use these designs as a pilot for the project. 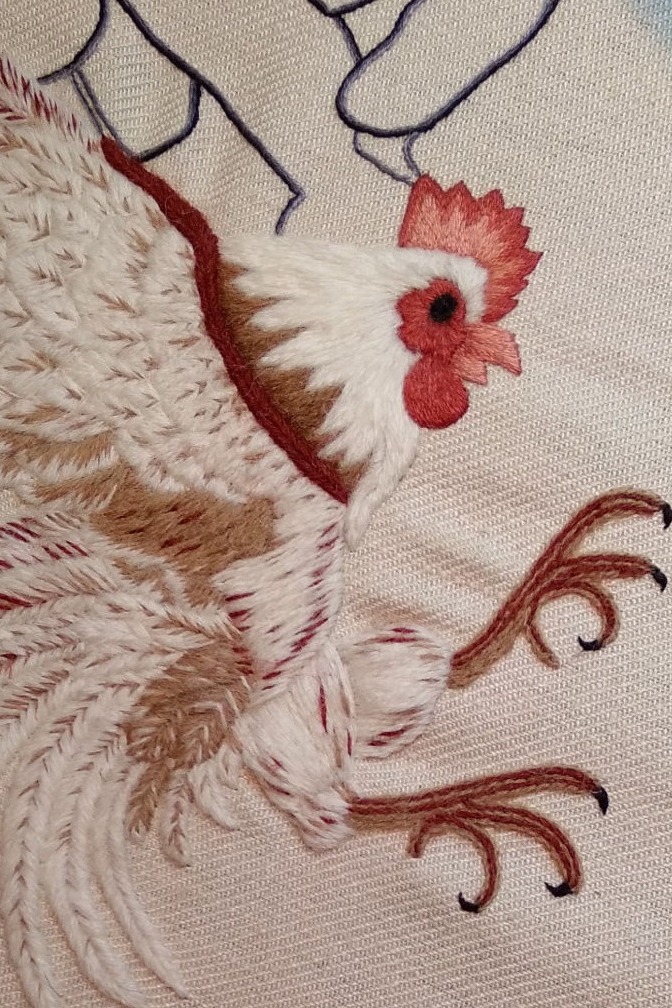 Fired with enthusiasm, David spoke to Allan Percival, the Trustee Lead for the overall development project, who then approached members of the Durham branch of the Embroiderers’ Guild (now known as Stitch 2 Durham). David and Allan met with their Committee, and, as the group generally undertakes at least one large community stitching project a year, several in the group decided that they would take on designs and bring them to life. David and Allan were also given advice and suggestions for where to look further, including an introduction to Tracy A Franklin, an RSN tutor and Head Broderer at Durham Cathedral. Tracy kindly agreed to become the Technical Advisor for the project and helped to set up the initial panels ready for stitching.

Having determined the Tapestries Collection should become a project in its own right, David and Allan recruited Liz Walsh to act as Co-ordinator for the Methodist Tapestries Project. The Methodist Heritage Department expressed enthusiastic support for the Project and a launch date in March 2020 was set. Then, just when things were beginning to get going, Covid-19 arrived, and many things had to be put on hold. During the various lockdowns the team kept things going as best they could, and gradually it became possible for more of the panels to be distributed to the stitchers who had requested them.

A Facebook page was started, and so it became possible to spread the word about the Methodist Tapestries Project to a wider audience. Some just wanted to see photos of beautiful embroidery, others were interested in the history, the designs or the techniques used, and others still wanted to know how they could participate themselves. 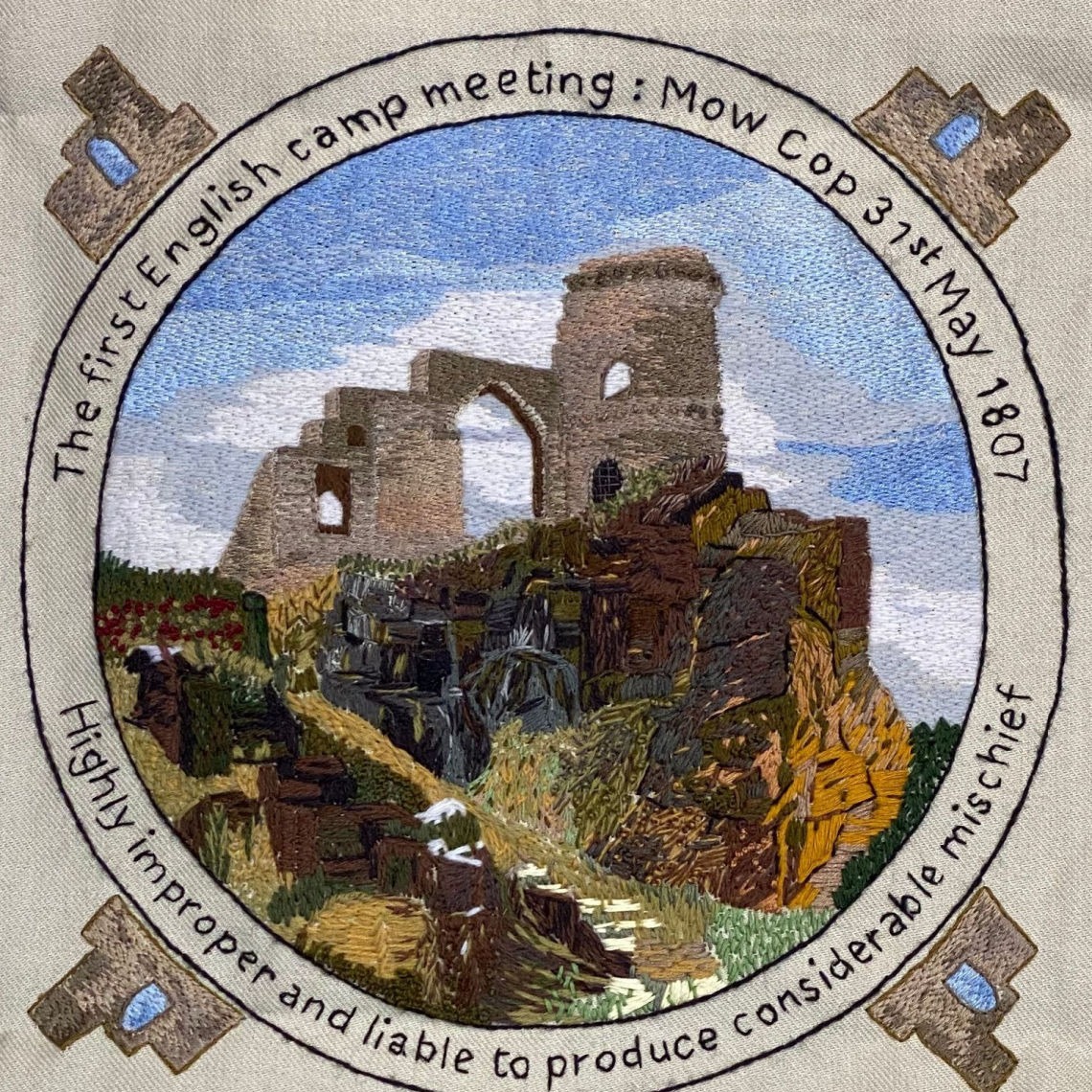 Into the Wider World

Once the initial designs had been allocated to stitchers, David had turned his attention to further ideas, and so when new people wanted to take on a panel of their own, there were designs ready and waiting. These took the Methodist story beyond the immediate location of High House Chapel and the Weardale Museum. Some focused on key historical events, such as the fire at the Epworth rectory from which John Wesley was rescued, while others related to important figures or themes. At this stage, ideas began flowing in from other people; local artefacts or historical events with a Methodist theme have so far inspired panels including a stained-glass window from a Methodist college; Mow Cop, the site of the first Methodist camp meeting in the UK; and a meeting between John Wesley and the celebrated dandy Beau Nash.

The panel that attracted the most discussion on our Facebook page is probably On Ilkley Moor Baht ‘at, which links the well-known Yorkshire song with an outing of the choir from a Wesleyan chapel in Halifax. The melody they used for While Shepherds Watched their Flocks by Night, Cranbrook, was re-employed to tell the story of the choirmaster who had dallied with Mary Jane and in so doing mislaid his hat!

Crafters and textile artists from a wide area became involved at this stage. At the time of writing, the furthest-flung stitcher lives in Long Island, USA, and the closest not far from the Weardale Museum in Ireshopeburn, Co. Durham, UK. An Instagram account was started, to complement the Facebook page, and a variety of articles concerning the Methodist Tapestries Project have been published, both online and in magazine form.